One of the world’s most exciting and vivacious cities, Buenos Aires just oozes style, passion and energy. This beautiful and captivating city retains its Belle Époque glamour juxtaposed with impactful remnants from the country’s economic woes. A city of contrasts; visitors will be surprised, enchanted, perplexed and longing to stay for just one more steak.

Travelling so far from home, en route to Antarctica, a stop-off in one of the world’s most stylish cities is a must. Buenos Aires captivates travellers from all walks of life; with such diverse attractions it's the perfect ‘bonus track’ to the trip of a lifetime.

One of Latin America’s most populous capitals, Buenos Aires hugs the coast of the immense Rio de la Plata estuary and sprawls inland across the flat pampas grasslands. With around 14 million inhabitants and a dense concentration of lofty skyscrapers, the city can seem overwhelming at first, but you’ll rapidly blend in and find yourself revelling in one of the most attractive cities in the world.

Given its compact centre, you can easily access the majority of the highlights. This fascinating city and its curious inhabitants are easily loveable and a stay here is a must. The biggest problem will be knowing when to return.

The denizens of this metropolis are the result of one of the New World’s most fascinating cultural melting pots. Porteños have been described as "Italians, who speak Spanish, believe they are French, but would like to be British", which goes some way to explain these fun-loving people!

Much like New York, Buenos Aires has received swathes of immigrants over the decades from far and wide; cultures such as French, Armenian, Jewish, Syrian, Prussian and British have hybridized into Porteño, with the dominant two being Italian and Spanish. Locals have their own idioms, hand gestures, and a proud way of knowing their 'whatever' is the 'best whatever' in the world.

Buenos Aires is both a city and a province - things can get confusing. The city, known as Capital Federal, is the federal capital of the country, with its own legislature and governor, similar to Washington DC in the USA. Bordering the city is the province of the same name, so yes, Buenos Aires borders Buenos Aires.

Whilst the city of Buenos Aires is about the size of Patagonia’s Perito Moreno glacier (80 square miles), the province is vast, about the size of Britain and Portugal combined. Both the city and province sit in the pampas, one of the world's largest prairies stretching for hundreds of miles inland, and home to the mystical gaucho or Argentine cowboy. 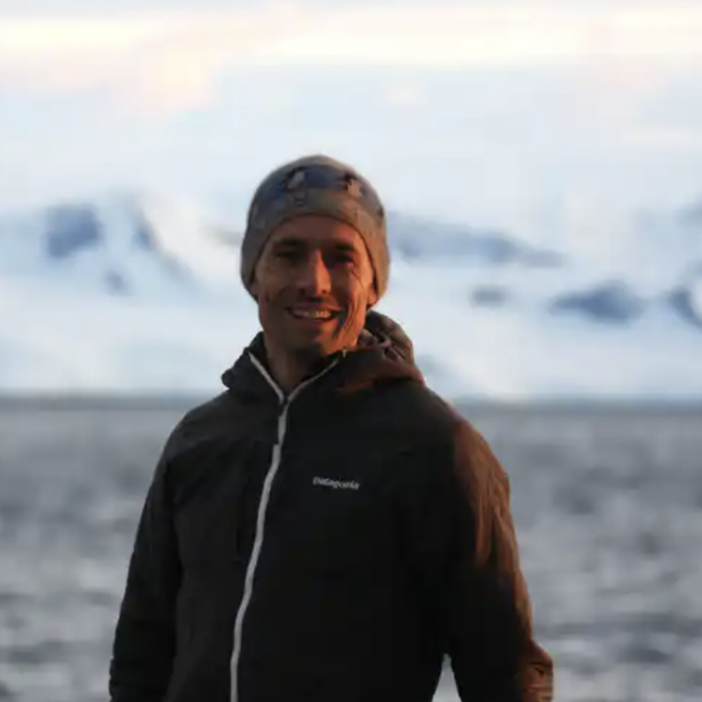 Having called Buenos Aires home for years, I think it’s the best place in the world for eating pizza, with a serious cheese overload! This is a legacy from the Italian immigrants who made their homes here. Try the classic pizzerias on Corrientes Avenue: Las Cuartetas, Los Inmortales or Güerrin. Be sure to wash down your tasty slice with a glass of sweet Moscato wine, for a truly authentic experience.

As you’d expect, when culinary cultures from Europe fuse with local produce, Argentina just oozes gastronomical heritage. Local chefs, many having learnt their trade in top international restaurants, prepare the best steaks in the world. Street-food culture also thrives, and there’s something for everyone to sink their teeth into. Be sure to try the cheesy pizzas, great pasta dishes, the choripan (sausage sandwich) drizzled with chimichurri sauce, the variety of empanada (turnovers) and round it all off with the best gelato (ice cream) this side of the equator.

Enjoy our local cuisine experiences, and share the locals’ passion for great food and drink. Superb restaurants abound and world-class wines are everywhere. With amazingly accessible prices, Buenos Aires has to be a foodie’s paradise.

Testament to the Belle Époque

Argentina’s economic hey-day may have been about 100 years ago, but the legacy from the Belle Époque still remains strong, not only in the city’s architecture, but also in the locals' mindset. Witness the elegant palaces from this era, classic cafés, one of the oldest metro systems in the world, beautifully manicured parks and amazing wide avenues with a real European flair.

The 20th century has not always been Argentina's proudest era, you will hear of some turbulent historical events from fascinating local guides. However, the essence of this beautiful city remains strong and the spirit of its people is as authentic as they are passionate, making a stay here a truly beguiling experience.

A Porteño musician on the streets of Buenos Aires

Equestrian skills on the pampas, Argentina

The barrios of Buenos Aires

The city has around 50 barrios or districts, each with its own distinct character. The elegant Recoleta is reminiscent of beautiful Paris, whilst the vast Palermo district with a more bohemian feel, is easily explored on foot and has the most impressive array of restaurants.

Downtown or Microcentro bustles with commuters during the day and contains many of the city's iconic sights but can be quite desolate outside of working hours. San Telmo is the historic centre of the city, with a relaxed hipster vibe, cobbled streets and and plenty of cool cafés for hanging out. Sunday’s flea market attracts both tourists and locals taking in the carnival atmosphere and street food.

Things to do in Buenos Aires

We have crafted an ample variety of small group and private experiences for all types of traveller looking for something different to do in this fascinating city. Swoop’s city highlights experience with an Antarctic twist will enlighten you about a fascinating, little-known Antarctic heritage site in the centre of the city. A hidden gem for any polar traveler.

Discover the city by bike, take food-themed walking tours, or enjoy cooking experiences - with other travellers or in more intimate surroundings. Be wowed with street-art interpretation walks off the beaten track. For those wanting to add a touch of glamour to their stay, we have selected a shortlist of top tango shows: a classic evening outing filled with elegance and style.

Things to do near Buenos Aires

Away from the hustle and bustle, we have selected day-escapes to discover the diverse and varied landscapes that the region offers. Visit neighbouring Uruguay for the day and explore the beautiful town of Colonia de Sacramento. The fascinating Tigre delta is largely unknown to most foreign travellers and can be explored by boat or kayak, at your own pace.

No stay in Buenos Aires would be complete without experiencing the vastness of the pampas, with its rich gaucho folklore. Enjoy a day on an estancia (ranch) or better still, why not spend a night or two immersing yourself in the Argentine countryside?

Buenos Aires has a superb variety of hotels for you to choose from. Catering to different budgets and requirements, there are luxury options for those looking for something special; great value options if you want to be in the city centre and want comfortable lodging; and budget options for travellers who look for functionality and location as paramount.

Have a day or two in Buenos Aires, well worth a visit.

It was great to have Swoop organise transfer on our arrival in Buenos Aires and the half day excursion the next day was perfect for us - they did an excellent job, thank you all!

Swoop was brilliant throughout, from making the initial booking to steering us through the pre-trip preparations. Even checking that we had arrived at our hotel in Buenos Aires. Read the full review

How To Book - Buenos Aires

Ready to plan your Antarctic adventure?

We'll spend some time listening to your aspirations, then discuss the kind of experience that might suit you.

Next we'll discuss the options, shortlist the best trips for you and present you our impartial recommendations.

We'll place a 24 hour hold on your preferred option - without obligation - whilst we talk through the details.

With over 50 years of Antarctic experience between us, we can help guide you to exactly the right trip for you.